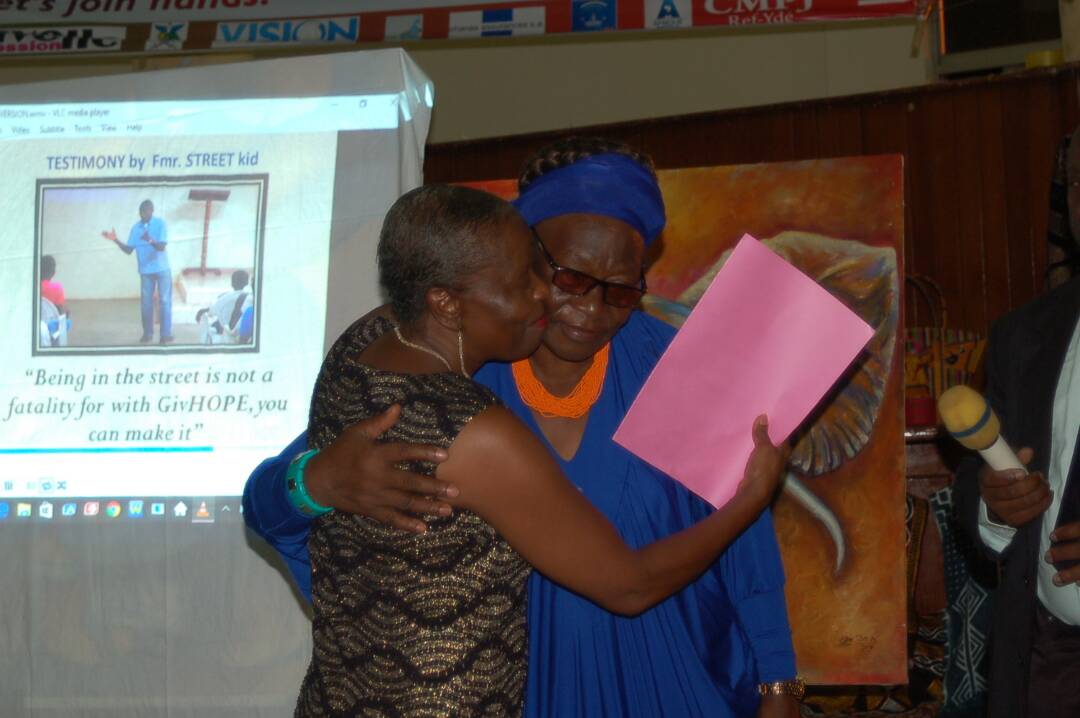 In Cameroon, the phenomenon of street life remained a little understood by many people. Street children are a threat to the nation, many being recruited by terrorists to commit all sorts of banditry and crimes. A need to cultivate a new way of the people thus became unavoidable. GivHOPE thought this could be done through the elaboration of a new advocacy strategy presenting the real damage the country might be facing if this rampant issue is not well addressed.   Having recognized the magnitude of street kids phenomenon in the country, tackling the scourge became a priority area for the implementation of this new vision.

That’s why GivHOPE, in collaboration with a wide range of partners, moved into full action to raise 100,000.00 US$ needed to carry out its role as a leader in the field of the withdrawal, rehabilitation and socioeconomic reinsertion of street children in Cameroon and in the central Africa sub-region.  Nearly 400 hundred people, including musicians, persons physically challenged, high school students, local traditional and religious leaders and journalists set off for this event that ended up reaching many voices around the country and beyond.

Assisting IDPs Widows in the Northwest